43 million Europeans are unable to afford a meal 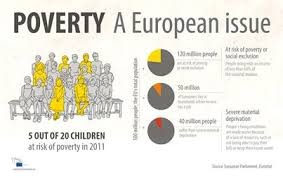 On Wednesday MEPs approved a proposal to provide the EU fund for the most deprived with a budget of €3.5 billion for 2014-2020. Some 120 million Europeans are at risk of poverty or social exclusion, a situation which has been made worse by the economic and financial crisis.

The fund sets out to meet the most fundamental needs of children and homeless people. Member states and partner organisations will be responsible for distributing aid. In 2011 19 million people were helped by the fund.

Poverty affects millions of people in Europe on a daily basis: 43 million Europeans are unable to afford a meal with meat, fish or a vegetarian equivalent every second day, something which the World Health Organization has identified as a basic need. Also about 4.1 million people are believed to have been homeless in the EU in 2009/2010.