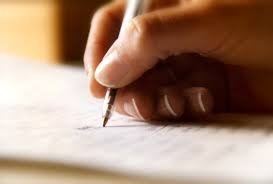 The “Letter by academic researchers to the EU regarding the participation of Israeli settlements in EU research programs” has been organised by the British Committee for the Universities of Palestine (BRICUP) and its French sister organisation the Association des Universitaires pour le Respect du Droit International en Palestine (AURDIP).

The EU recently announced new guidelines that should prevent Israeli universities, companies and projects based in settlements from receiving EU funding. This important policy change is the result of grassroots campaigning across Europe, including a letter to the EU foreign policy chief Catherine Ashton signed by 250 academics from across Europe last year.

The intention of the guidelines is to ensure that the EU’s own institutions respect the obligation not to recognize Israeli sovereignty in the Palestinian territory occupied by Israel since 1967, including the Palestinian West Bank, East Jerusalem and Gaza Strip as well as the Syrian Golan Heights.

The new guidelines have been welcomed by students and conscientious academics in Palestine and Europe who have been campaigning against EU-funded joint projects between European universities and illegal settlement companies such as cosmetics firm Ahava. Ahava Dead Sea Laboratories Ltd, whose factory is located in the illegal Mitzpe Shalem settlement in the occupied West Bank, has participated in five projects under the current Framework Programme 7 (FP7), and is even the co-ordinator of two of them. These projects have a total value of €36,033,269, of which the EU has contributed €25,245,718.

The letter is addressed to Baroness Ashton in her capacity as High Representative of the European Union for Foreign Affairs and Security Policy.It says, “As academic researchers, many of whom have been in receipt of EU research funding, we call upon the EU to implement its new guidelines in full and to ensure that projects, companies and institutions located in illegal Israeli settlements are not eligible for EU research funding.”