According to a study innovators tend to be highly educated 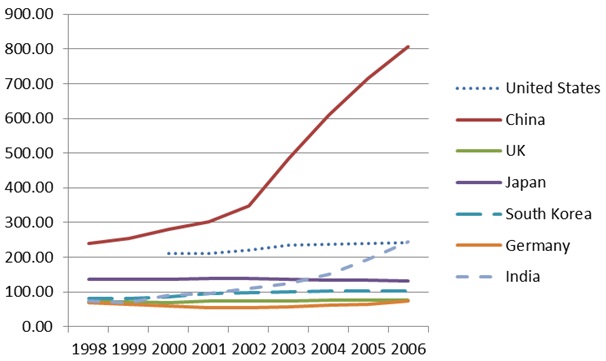 There is a broad, research-based consensus amongst academic researchers, policymakers and pundits that the key to economic growth lies in improving productivity. There is also wide agreement that productivity increases come through innovation. As Charles Jones argues: “[t]he more inventors we have, the more ideas we discover, and the richer we all are” (2005).

This immediately leads to the following policy question: (how) can the number of inventors be increased? This question is all the more pressing given the current pressures on public-sector finances, and the rising costs of obtaining university education.

In Toivanen and Väänänen (2013), are seeking to answer this question by studying whether obtaining a master’s-level engineering degree has a causal impact on individuals obtaining US patents.

Theis calculations suggested that if Finland had not established the new engineering universities in the postwar era, the number of US patents obtained by Finnish inventors would have been 20% lower.

Source for all other countries but India NSF Science and Engineering Indicators 2010, Figure O-8. See http://www.nsf.gov/statistics/seind10/figures.htm. For India, the source is Banerjee and Muley 2008.

Countries on the rise such as India and China are currently investing heavily in science and engineering education. The number of graduates from such programmes increased almost four-fold between 1998 and 2006 in China. In a time when other nations are investing massively in science and engineering education and research, we in Sweden have good reason to follow suit. Efforts are also sorely needed to raise knowledge in schools, in key topics such as mathematics and natural sciences. It should be emphasized that quality rather than quantity seems to be the key for promoting excellence in education and research.