According to a study women talk more than men 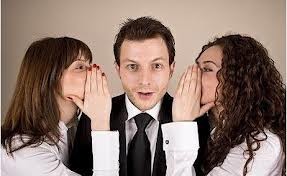 In the study conducted by J. Michael Bowers, Margaret McCarthy, and their colleagues at the University of Maryland School of Medicine, levels of the FOXP2 protein were analyzed in the brains of four-day-old female and male rats before testing on humans to find communication differences between the sexes.

Sex differences in early language acquisition and development in children are well documented. On average, girls tend to speak earlier and with greater complexity than boys of the same age. However, scientists continue to debate the origin and significance of such differences. Previous studies showed the Foxp2 protein plays an important role in speech and language development in humans and vocal communication in birds and other mammals.

Through this study, University of Maryland researchers found that a heightened level of FOXP2 protein in the brain has a direct correlation with better communication skills thereby solidifying the fact that women are genetically predisposed to be better communicators than men.

Sleights of Mind: What the Neuroscience of Magic Reveals About Our Everyday Deceptions