By Editorial
Ibercampus
Linkedin
Twitter
Facebook
Email
Imprimir
WhatsApp
The world will be generating an estimated 53.9 million tonnes of e-scrap by the year 2025 as compared to 41.2 million tonnes in 2016 - equivalent to an annual growth rate of just over 3%. And the fastest growth is likely to be seen in the Asia-Pacific region where generation of e-scrap is expected to surge from 3.6 kg per inhabitant in 2016 to 5 kg nine years later. These are among the findings of a new report commissioned by the BIR´s E-Scrap Committee. 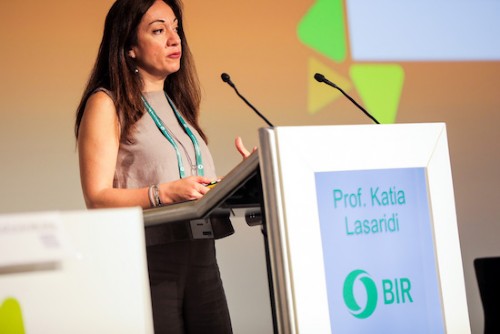 The study, entitled “Statistics on the national arisings of e-scrap and the movement of e-scrap between countries”, was conducted by a team of experts at the Harokopio University of Athens, led by Professor Katia Lasaridi. Their evaluation of real data and extrapolation of figures from around 180 countries indicate that global e-scrap generation is set for “a more than 30% increase in less than a decade”.

“The total quantities of e-scrap arisings are on an upward trend across the globe with a very strong indication that this trend will continue unabated for some time due to the emergence of innovative technologies and more affordable electronics,” say the report’s authors. “Taking into account the population size and current low generation per inhabitant in the Asia-Pacific countries, one can conclude that the future increase of e-scrap would mainly be derived from these nations and to a lesser extent from Africa.”

The study highlights the challenges and opportunities relating to e-scrap and provides a baseline for the recycling industry and policy-makers “to plan effective actions to capture the e-scrap potential for contributing to Circular Economy goals”, they add. They also call for standardised methods and techniques to facilitate realistic measurement of the amounts of e-waste generated in different countries.