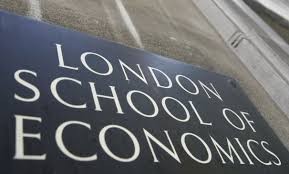 While the students say they´re angry about the incident, others have expressed support for the British broadcaster, which said the program is in the national interest at a time when North Korea is threatening nuclear war.

Three BBC journalists entered North Korea, posing as students on a university trip organized by the London School of Economics. In secretly filmed footage, BBC reporter John Sweeney is seen walking in the countryside close to the capital, Pyongyang. There are no government minders present. Other excerpts show beggars on the street and hundreds of military officers applauding at a circus performance.

Alex Peters-Day, general secretary of the university´s students’ union, said possible risks were not made clear to the students.

"We were shocked that they would put our students at that level of risk without informing them beforehand," he said. "I feel it’s an absolute disgrace to be so reckless with students’ lives. And I think the BBC took a bit of a gamble."

The BBC insisted that it did inform all the students on the trip about the presence of the journalists and the risks involved. But the lead reporter on the documentary, John Sweeney, said full details were deliberately withheld.

"We were anxious that if I was arrested, if that happened, then the less the students knew the better," said Sweeney.

University authorities have complained to the BBC about the incident. Some of the students who were on the trip say they have received threatening letters from the North Korean state.

Sleeping for longer leads to a healthier diet