Bryan Gould: Myths, Politicians and Money “The Truth behind the Free Market” 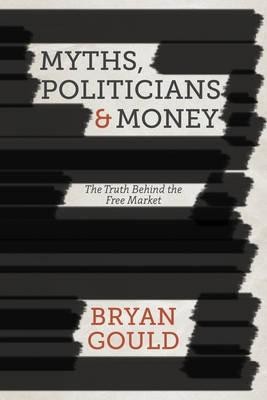 There is, in general, a distinct loss in confidence in the democratic process. In Myths, Politicians and Money former Shadow Chief Secretary to the Treasury Bryan Gould casts new light on these issues.

Using examples of his involvement with many of the pressing political and economic issues that have troubled governments in the West over the last four decades, Gould shows that these problems have a common cause: the surrender of our democracy to those who control and dominate the global economy.

The book exposes why politicians around the world distort economic policy against the interest of ordinary people, how neo-liberalism has been allowed to rise to prominence and why the break-down of a European super-state will create economic stability for millions. Controversial and shocking, this is the insider story of the rise of the free market ideology, its entrenchment within politics and the terrible impact that it has had on society.