By Editorial
Redacción
Linkedin
Twitter
Facebook
Email
Imprimir
WhatsApp
Canada´s Alice Munro was awarded the Nobel Prize in literature on Thursday by the Swedish Royal Academy of Sciences, which hailed her as a "master of the contemporary short story." 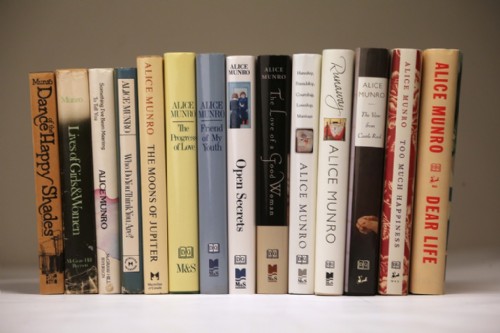 She´s the first Canadian-based writer to win the literature award. Saul Bellow, who won it in 1976, was born in Quebec but moved to the United States as a child and is regarded as a U.S. author.

Her writing has brought her numerous awards. She won a National Book Critics Circle prize for Hateship, Friendship, Courtship, Loveship, Marriage, and is a three-time winner of the Governor General’s prize, Canada’s highest literary honor.

The characters in her stories are often girls and women who lead seemingly unexceptional lives but struggle with tribulations ranging from sexual abuse and stifling marriages to repressed love and the ravages of aging.

"Her texts often feature depictions of everyday but decisive events, epiphanies of a kind, that illuminate the surrounding story and let existential questions appear in a flash of lightning," the Nobel Academy said in appraising Munro.

The literature prize is the fourth of this year´s crop of Nobel prizes, which were established in the will of Alfred Nobel, the Swede who invented dynamite. The prizes were awarded for the first time in 1901.