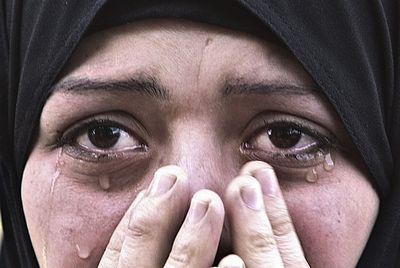 A group of 140 Muslim preachers have protested against this practice in an open letter to the head of that terrorist group, Abu Bakr al-Baghdadi: “The re-introduction of slavery is forbidden in Islam. It was abolished by universal consensus. You have taken women as concubines and thus revived corruption and lewdness on the earth”.

Other experts insist that the treatment provided by the IS at the Yazidis is consistent with Islamic tradition. "They are in perfect harmony with the Quranic conception of the early days. They can not prohibit what the prophet has allowed to the Muslims, "says Ehud Toledano, professor at the University of Tel Aviv, specialist in Islamic slavery.

In the late nineteenth century, the pressure of the military powers of the West led to the abolition of slavery in North Africa and the Middle East. For a century slaves were free. The Declaration of Human Rights in Islam, proclaimed in Cairo in 1990, said: "Human beings are born free, and no one has the right to enslave, humiliate, oppress or exploit them."

The Global Slavery Index (GSI) provides that, of the 14 states where 1% of the population remains under a regime of oppression, more than half are Muslims. It happens in extreme cases such as the homeless Mauritania or the bombastic Qatar.

Immigrants arrive voluntarily, inspired by the richness of the Gulf countries, and many go to live in camps in the desert. Life is much worse for the 2.4 million female domestic workers: many do not enjoy the least protection and are subject to abuses, which has led several Asian governments to prohibit women from their countries to carry out home work in the Gulf.

Clemente Ferrer has led a distinguished career in Spain in the fields of advertising and public relations. He is currently President of the European Institute of Marketing.

Clemente Ferrer: “Sexuality is the language of committed love”

Loneliness of the innocent and defenseless children

Students killed in an Islamic State attack in Turkey