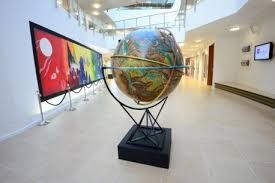 Durham University added to its art collection as part of a £60m development, which opened last year.

But the public sector workers´ union, Unison, says the collection is too expensive and added that the expense could not be justified at a time of austerity.

The university defended the move, saying it was a "custodian" of fine treasures and offered free tours.

The art collection includes works by 20th Century greats such as Picasso and Warhol, as well as pieces by artists from across the North-East.

John McDade from Unison said a survey by the union had found 555 workers at the university were paid less than the living wage (currently £7.45 an hour).

"We are not saying art is not important, but it is about priorities," he said.