By Editorial
Ulrich Hommel is professor of corporate and higher education finance and a higher education consultant /https://www.universityworldnews.com/
Linkedin
Twitter
Facebook
Email
Imprimir
WhatsApp
Industry 4.0 has its counterpart in higher education, probably best referred to as Education 4.0. It will trigger a radical transformation of how universities operate and interact with their students and other stakeholders. Augmented reality, artificial intelligence, gamification, degree stackability, aggregation of micro-credentials in blockchain ledgers, etc, are all examples of transformational forces that will ultimately reshape higher education. 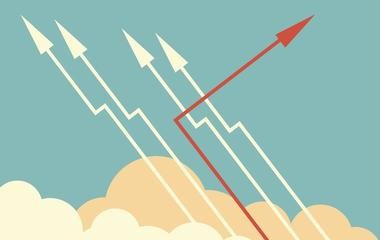 Some institutions will not be able to make this transition on their own successfully. They need to be restructured, then maybe merged with other institutions or, in extreme cases, shut down altogether. With United States college closures markedly up and 32 English universities with operating deficits, up from 24 the year before, this situation may already be in the process of becoming a reality.

But what makes university restructuring successful and what practices may lead to a negative outcome instead?

So why do leaders of universities (and their constituent schools) often not get it right, just like their corporate counterparts, thereby keeping their institutions in an extended restructuring loop?

One of the key challenges is to overcome the temptation of denial; that is, to attribute negative performance signals (such as falling applicant numbers and conversion ratios) to cyclical rather than structural influences.

Two things can happen as a result.

First, the process lingers on until a strategic crisis becomes a financial one so that the discretionary funds that could support restructuring have been depleted. Second, counter measures are implemented that keep up enrolment at the price of falling intake quality. This is based on the belief that one-time deviations from quality targets will not translate into a tangible drop in external reputation (for example, with recruiters). One off year may appear like an outlier; several in a row may be like the overture of a swan song.

Another variant of denial comes into play if the university is already facing some form of reputational crisis (for instance, triggered by quality-eroding cost-cutting programmes).

The strategy ‘admit what you can no longer deny’ may enable a softer landing in terms of reputation, but the resulting frustration of stakeholders may exacerbate the long-term consequences of an institutional crisis. Losing current students and alumni as ambassadors can have a lasting effect on the marketability of degree programmes.

The conclusion is straightforward: act early and address the problem, if at all possible, in full. Trying to deal with the underlying problems comprehensively may enable the institution to recover some of the trust and credibility that it has already lost along the way.

Furthermore, institutional crises are almost always revenue based. Enrolment may, for instance, fall in response to the service offer no longer being competitive. To then re-establish target margins with cost-cutting measures may trigger a downward spiral where the quality gap continuously widens.

What is, however, needed is the exact opposite: targeted investment in quality enhancement.

Particularly concerning can be the hidden erosion of quality if tightening resource constraints lead to rising workloads. The result can be the depreciation of academic rigour, the systematic non-achievement of intended learning outcomes or grade inflation that translates into a more convoluted quality signal to recruiters.

The need for leadership

An institutional crisis can at times feel like war, with institutional leaders kneeling in the trenches to fight one firestorm after the other. Their attention is naturally drawn away from day-to-day operations towards dealing with the most pressing crisis issues.

It can lead to the perverse situation that crisis management appears to be working well while the foundation of the institution is slowly becoming simultaneously unglued. To make matters worse, this may trigger the excessive formalisation of rules and procedures that may ultimately stifle motivation and loyalty.

This is one of my core beliefs: institutions in crisis require more leadership and not necessarily more management.

Another problem is blame-gaming. This is at the core of corporate politicking and we find it in higher education as well.

By defining the crisis profit and loss statement as a collective responsibility, it can be broken down into financial surplus targets for sub-units such as faculties, departments or institutes. This may serve as a cosmetic correction in the annual budgeting process but will often not make the problems go away. It fragments institutional efforts and may invite unhealthy activity, with everybody keeping busy to no greater benefit.

Macro problems typically require macro solutions with the entire institution pushing in the same direction. Crisis leadership is above all the effective pooling of institutional energies to achieve improvements with large-scale impact. The financial upside of a unified faculty offering a premium learning experience to 100 students should generally be more attractive in surplus terms than 100 professors chasing external funding.

This brings us to my last point. Prolonged crisis periods tend to go hand in hand with increased leadership turnover and new hires being less experienced than previous generations. As budgets tighten and institutional problems become visible externally, the focus tends also to shift towards internal recruitment.

Both aspects together tend to favour institutional history rather than the sector’s destiny as a focal point for defining development objectives. As a consequence, restructuring may be judged a success according to self-defined criteria while the institution’s problems have actually become more severe.

Crisis management is like shooting at a moving target. Without experience and practice, hitting the target can hinge on landing a lucky shot.

It is important to look towards the future.

In the world which is volatile, uncertain, complex and ambiguous, we are struggling to cope with changing sector volatility and emerging uncertainties in an environment increasingly characterised by complexity and ambiguity.

The bar of what defines good leadership is elevated in the process. Sense-making ability, inspiring university communities to view change more as an opportunity than a danger and identifying handrails that move the entire organisation forward are of key importance in this context.

The relevance of these leadership qualities increases exponentially when institutions are pushed into crisis mode.