“Energy” drinks could present a risk to health 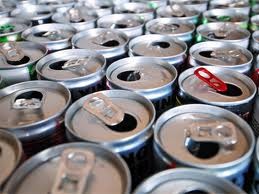 The study estimates consumers’ exposure, through both acute and chronic consumption, to some active ingredients found in “energy” drinks – primarily caffeine, taurine and D-glucurono-y-lactone.

The study found that, among respondents, the age group most likely to consume “energy” drinks was adolescents – 68% of total respondents – and that “energy” drinks when consumed by children aged 3 to 10 years account for an estimated 43% of their total caffeine exposure.

The external study, which was commissioned under EFSA’s grants and procurement procedure, also examined specific “energy” drink consumption habits – co-consumption with alcohol or consumption associated with intense physical exercise – among adolescents and adults.

The results provide important data for EFSA’s forthcoming risk assessment on the safety of caffeine. In the context of a broader mandate, EFSA has been asked by the European Commission to determine whether and the extent to which the consumption of caffeine together with other food constituents such as alcohol or substances found in "energy" drinks could present a risk to health as a result of interactions of these constituents.

The key findings from the study are as follows:

The study was commissioned after some Member State representatives expressed concerns to the Authority’s Advisory Forum about the growth in popularity of “energy” drinks in Europe and the consequent potential exposure to caffeine and other ingredients, particularly among children and adolescents.