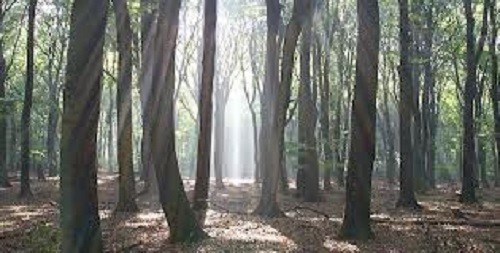 Despite the increased rates of reforestation and forest growth in Europe researchers have found signs of a recent slow-down in the volume increment of trees, a slow-down in net forest area expansion, and increased natural disturbances such as fires, storms and insects which are leading to higher CO2 emissions.

The managed forests in Europe are apparently closer to maximum stocking than was previously thought. Unless forest policies and management strategies are revised, the assumption that forests will provide a persistent carbon sink for decades to come may no longer be valid.

While European forests still act as a carbon sink, their increasing trend has started to curb. Improvements in forest management practices and environmental changes since the Second World War are thought to have led to an upward trend in forest stem volume (and hence sink capacity) from 1960-2005. However, despite a slight increase in gross forest area, the total stem volume increment was found to have declined by 13 million m3 over 178 million ha from 2005-10. There are distinct differences in regional trends, with the sink seemingly saturated in the West-Atlantic and Alpine areas but slightly increasing in the North, South and Eastern Europe.

A reduction in the increase in net forest area has also been observed between 2005-10, due to deforestation driven by urban sprawl, the expansion of infrastructure and increasing demand for limited land resources. Deforestation in Europe causes a loss of about 27.5 Mt CO2/year in total. Deforestation of one hectare of established forest results in around 65 tonnes of carbon emissions, while a hectare of new forest (which can take decades to become established) can only sequester 1-2 tonnes of carbon per year.

At over 24 billion m3, the growing stock of European forests is probably the highest it has been since medieval times. However, old and growing forests are increasingly susceptible to increasing incidences of natural hazards such as damage from fire, storms and insects. An average 500 000 ha of European forests are affected by fire every year, and such incidents are becoming more frequent.

In managed European forests, carbon sink saturation seems to be quite imminent, as these trees are reaching a dynamic equilibrium with the current management intensity, tree species and age-class distribution. After some seven decades, the maximum large-area growing stock is being reached by many European forests. While the biospheric carbon sink will eventually saturate, management techniques can influence its onset by choosing the best tree species, rotation length, age-class distribution, amount and type of harvesting, etc.

The authors recommend that European countries should consider tailored climate mitigation strategies to maximise forest biomass carbon sequestration and the effects of energy and material substitutions, while taking other climate forcings (e.g. biophysical effects) into account. They propose several carbon sequestration options that could be used in revised management schedules, and advise that trade-offs with other forest goods and services be carefully considered.

An overall balance of functions within and outside of forests must be achieved through effective carbon mitigation, which calls for a change in the mindset on integrated land-use management. The authors call for policies that affect forest and forest management to be better coordinated at all levels in the EU in order to fully exploit all carbon mitigation functions of forests. In their negotiations for a legally binding agreement on forests in Europe, politicians and policy makers should take note of the early warning signs that the European forest carbon sink is becoming saturated.

Europe back plans to boost recycling and cut landfilling