By Editorial
Ibercampus
Linkedin
Twitter
Facebook
Email
Imprimir
WhatsApp
The key changes to the Parliament´s Rules of Procedure adopted on Thursday relate to Members´ standards of conduct (including transparency rules and measures to prevent psychological or sexual harassment), parliamentary questions to the Council of Ministers and the European Commission. 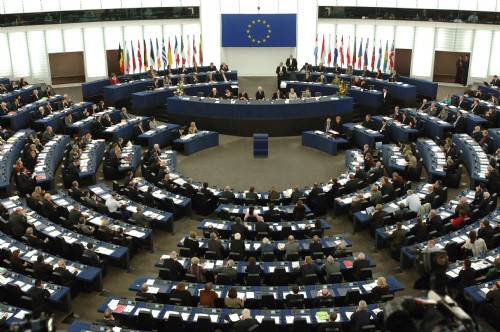 The amended rulebook was approved by 496 votes to 114, with 33 abstentions. The approved changes will enter into force on the first day of the next part-session following their adoption, i.e. on 11 February 2019, except for some provisions referring to the MEPs’ conduct, standing committees, and committee office holders that will enter into force at the opening of the next parliamentary term on 2 July 2019.

The key actors of the legislative process – MEPs steering legislation through parliament, known as rapporteurs, shadow rapporteurs and committee chairs – will be required to publish online all scheduled meetings with interest representatives named on the Transparency Register. Other MEPs are nevertheless also encouraged to publish online any meetings they hold with interest representatives. Parliament’s website will have to be technically adapted in order to allow Members to publish information on their use of the General Expenditure Allowance.

The new rules provide that Members must refrain from “improper behaviour” (for example from displaying banners at plenary sittings), “offensive language” (for example defamation, ‘hate speech’ or inciting discrimination) and psychological or sexual harassment. Parliament’s Code of Conduct will now be annexed to the Rules of Procedure and MEPs must commit to respect this code in a written declaration. Refusing to sign such a declaration could lead to an MEP being barred from holding a senior office, being appointed as rapporteur or representing the Parliament in a trilogue or an official delegation. A serious breach of these rules by a Member may entail penalties.

The reform also includes measures on parliamentary questions, in particular interpellations to the Council and the European Commission, Committees’ consultations on confidential information, rules on standing Committees, voting on amendments and the rule on parliamentary Intergroups.

"This set of revisions to Parliament's rulebook continues the step-by-step process of making parliament more effective, efficient and transparent. It has grown out of the first experience of the general revision of the rules adopted in December 2016." – said the rapporteur Richard Corbett (S&D, UK).