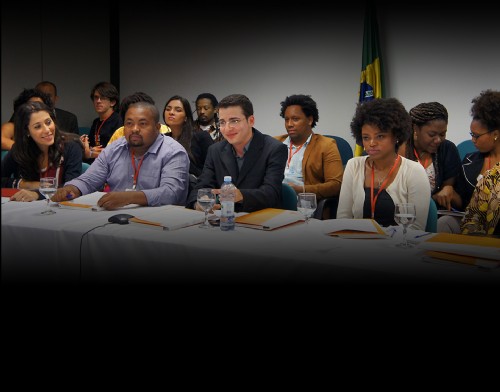 From the 18th to the 20th September, the European Youth Forum (YFJ) participated at the Open Meeting with Youth Organisations, Networks and Movements organised by the United Nations Inter-Agency Network on Youth Development (IANYD) in New York. The meeting was aimed at reporting on progress made so far in implementing the initiatives of the Secretary-General Ban Ki-Moon on working with and for young people.

Together with the United Nations Under-Secretary-General for Economic and Social Affairs Wu Hongbo, Youth Forum President Peter Matjašič participated in the Roundtable Dialogue on Investing in Youth. “Investing in youth is the only way to invest in the future, and the World Programme of Action for Youth — the intergovernmentally agreed policy framework to improve the situation of young people around the world — must remain in our minds whilst we use the UN System-wide Action Plan on Youth as the internal UN system guidance for action,” Matjašič said.

In the context of the youth bulge and high youth unemployment, the roundtable dialogue represented an opportunity to debate the case for increased investments in young people. It looked at innovative approaches focusing on decent work, fostering entrepreneurship and calling on stakeholders to join a partnership for the next generation. A possible approach is supporting the Secretary-General’s Priorities of Youth.

The Forum also points out that youth organisations must be involved in the process, as they are key to increasing youth participation. The meeting gathered together more than 100 young people from all over the world. They also discussed how to strengthen mechanisms for accountability and ways to increase youth participation in the UN system, namely the implementation, monitoring and evaluation of the Youth-SWAP.