Evaluation report of Guimarães and Maribor 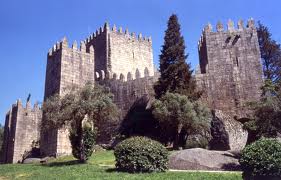 The two cities were first evaluated individually. Primary data sources include qualitative interviews conducted during two visits to each city as well as by telephone.

A comparative review then considered the conclusions emerging from Guimarães and Maribor, comparing

and contrasting approaches, as well as identifying common themes and findings for the ECoC action as a

Guimarães is a historical city situated in the northern part of Portugal with a population of 53,000 (and

158,000 in the wider region). It is often called the “cradle of Portugal” because its history is very closely

linked with the development of Portuguese national identity. From the 15th-16th centuries the city developed

a number of commercial industries, such as the manufacture of cutlery, jewellery and leather-working.Today, Guimarães is located in the most industrialised part of Portugal and is particularly well known for its textile manufacturing.

With a population of about 119,071 the city of Maribor is the second largest in Slovenia and the capital of Štajerska (Slovenian Styria)5. The five partner towns range in size from Novo Mesto (40,000 inhabitants) to Slovenj Gradec (7,000 inhabitants). Maribor’s historical

chequered history, rich wine tradition and diverse social and cultural life. After many centuries as a provincial trading town, the first industrial revolution in the 19th century transformed Maribor into a regional commercial centre.