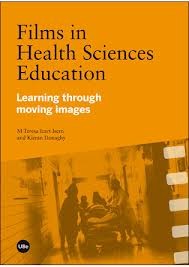 The ten films analysed in the book all deal with a disease or health problem that is relevant to the plot; they cover a wide range of pathologies and include patients of all ages.

Each chapter is structured in the following way:

M Teresa Icart Isern has taught research methods, scientific communication and evidence-based nursing in European and South  American Universities. She has degrees in Nursing and Medicine and received a Master’s degree in Public Health from the Université Libre de Bruxelles and a Doctorate in Preventive Medicine and Public Health from the University of Barcelona. Dr Icart is a faculty member in the School of Nursing at the University of Barcelona. She holds several professional affiliations in the areas of research methods and nursing management. She is a member of the research group FODIP (Formació Docent Innovació Pedagògica – Teacher  Education and Pedagogical Innovation).