Google on battle with Spanish citizen 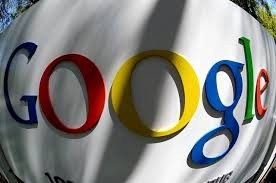 The issue before the European Court of Justice boils down to this: If a person fails to make social security payments and their house is auctioned as a result, do they have the right to force Google to delete such damaging information from search results?

Behind that question lie complex arguments over freedom of information, the right to protect data, what it means to be a publisher and who ultimately polices the web.

Google argues it should not have to erase lawful content which it did not create from its massive search index.

Spanish officials argue that Google should delete information from its results where an individual´s privacy is breached.

Following Tuesday´s hearing at the court in Luxembourg, an ECJ advocate-general will publish an opinion on the matter on June 25. The judges are expected to rule by the end of the year.

The case is based on a complaint by a Spanish man who made a Google search of his name and found a newspaper announcement from several years earlier saying a property he owned was up for auction because of non-payment of social security contributions.

One of Spain´s top courts, the Audiencia Nacional, upheld his complaint and ruled Google should delete the information from its results. The case was referred to the European Court of Justice in March last year after Google challenged the decision.

If it goes in Spain’s favor, Google could be made to erase documents people feel violate their privacy.