Graphene a potential material with applications that continue to rise 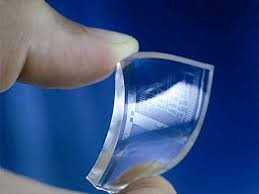 The discovery of graphene has not only won two scientists the Nobel Prize, but its extraordinary properties have triggered a boom in research, investment and superlatives. While the list of potential applications continues to rise, and the race to invest and research speeds up, a major challenge remains making graphene cheaply and easily.

Graphene is a sheet of carbon just one atom thick, in a honeycomb structure, and it has many desirable electronic properties. Electrons move through graphene with virtually no resistance—50 to 500 times faster than they do in silicon. And four Spanish companies lead the European production of graphene. The growth potential of a market that today is valued at some $9 million is extraordinary, but global brands of mass-consumption products haven’t yet taken the step of introducing its use in factories and keep so far experimental positions.

The material comes in many shapes. Graphene powder, mixed with other elements, offers fire resistance applications sought out by different industries. Its world’s top producer is Avanzare, based in Spain’s La Rioja region. “We don’t work for laboratories, just for large factories, which need large quantities of it. Until it is introduced in retail products, its price will remain high,” director Julio Gómez laments, “so we go for the safe side of the trade and don’t waste resources in investigation.”

Granph Nanotech, in Burgos, sits opposite the road. It provides graphene powder exclusively for investigation and experiments.

From Alicante, in the Valencia region, Graphenano recently opened shop in Germany and is readying plans to begin production at a commercial scale

According to Teknautas, an online tech news daily, Apple and Samsung would have approached the Spanish graphene industry for their solar energy mobile phone charger projects.

Samsung and IBM are among the biggest. Samsung and Sungkyunkwan University have manufactured a 60cm wide polyester supported sheet – rather than miniscule flakes – of graphene for use in flexible touch screens. They believe that there could be a dozen or so graphene based products on the market within 5 years. IBM, meanwhile, has produced a transistor using graphene with a performance limit of 150 Gigahertz (GHz), beating their own previous record of 100 GHz; to put it in perspective, the fastest silicon transistor reaches 40 GHz.

If graphene lives up to its promise then we could be facing a genuine revolution -in materials, electronics, energy, and many more areas. Almost anything and everything could be digitised, programmable and interactive from packaging to wall coverings. Components and equipment could be flexible, there is talk of mobile phones you can roll up and put behind your ear like a pencil. Everything from cars, to planes to houses could be lighter and stronger, as new forms of composite materials emerge.