ES
Linkedin
Twitter
Facebook
HomeOpinionColumnHow do the EU and China compare with regards to science and...
OpinionColumnDebates
July 17, 2013

How do the EU and China compare with regards to science and technology? 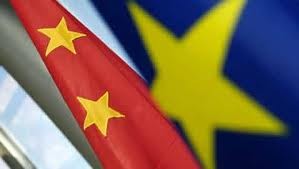 It is the second time a Chinese computer has been named the world´s fastest. In November 2010, the Tianhe-2´s predecessor, Tianhe-1A, had that honour before Japan´s K computer overtook it a few months later in the TOP500 list, a ranking curated by three computer scientists at universities in the US and Germany.

Europe´s fastest supercomputer was set to be unveiled in Munich in 2012. Its three petaflops of processing power will be used to explore new worlds, from the wonders of the cosmos to mysteries of the earth´s core. Germany’s SuperMUC already aims to become the biggest kid on the supercomputer block in Europe. The machine, which was unveiled in 2012, is getting an upgrade that could push its peak performance from 3.185 petaflops to 6.4 petaflops.

However, the top lists still seems to be conquered by the Chinese technology. Why is that? How do the EU and China compare with regards to science and technology? Can Europe beat China in technology? How?