By Editorial
Redacción
Linkedin
Twitter
Facebook
Email
Imprimir
WhatsApp
A recent study shows that including calorie information for each food item, plus the recommendations on how many calories are appropriate to consume during one meal, or over the course of a day, doesn´t turn people off purchasing what they really want to eat. 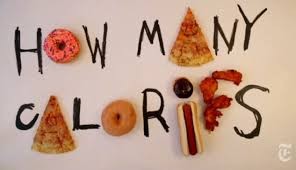 Despite the good intentions of regulations requiring chain restaurants to post calorie counts of each menu item, studies have shown such mandates do little to actually change people’s behavior.

A study published in the American Journal of Public Health found out that bout one-third of the study participants ate more than 1,000 calories in the meal. The presence of additional information about recommendations for meal or daily eating had no impact on food choice. A majority of men and women took more than the recommended intake for a meal – and neither type of information had an impact on the number of calories consumed, compared to the group with no information.

The results revealed that calorie benchmarks had no direct impact, nor did it moderate the impact of calorie labels on food purchases. The recommendation appeared to promote a slight increase in calorie intake, attributable to increased purchases of higher-calorie entrées.

There was no difference between overweight and healthy-weight participants in their food choice behaviors; the obese group did not choose higher calories than the healthy weight group. And both groups underestimated the calories consumed in a meal, a finding supporting earlier research.

This finding does support the idea that many consumers choose taste, value, and convenience over nutrient density and controlled calories. However, since the study was done at a fast-food restaurant, the results might not apply to other types of restaurants.