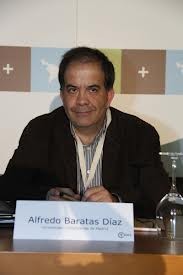 You are an expert on Ramón y Cajal’s life and works, and have even written a book on this scientist. What did «The Neuron Doctrine» mean for scientists? Did it mark a before and an after in Spanish research?

Undoubtedly yes. They meant a lot for neuroscience. We wouldn’t be able to understand the nervous system without Cajal’s histological and anatomical work. All of a sudden, we have people capable of competing with first-rate countries. There is no town in Spain that has not a street honouring Ramón y Cajal. Even nowadays, when society thinks about some scientist, they think of Ramón y Cajal. For me, Cajal’s role promoting scientific research in Spain is very important. His scientific work is highly important and, together with other scientists, he led the Spanish scientific revolution until it was stopped in 1936. For me, this makes him a very relevant figure.

How would you describe current Spanish scientific research?

I am not an expert on science policy, but I do think we have many challenges to face: funding, investments in science and technology are still very low; innovation, since we have to encourage a balanced scientific research that promotes economic profits. On the other hand, we have also changed a lot, like many other countries. I use Finland as an example for my students: they are popular for being the clumsiest among Nordic countries. However, in a relatively long period and with constant funding, they have been capable of reaching levels of competence. Ours are hard times, but we must make an effort to envisage how we want our science to be in near future.

We have been talking about our past, our present and now it’s time you give your opinion about the future, taking into account that many young people are choosing to migrate to other countries.

It is a shame, aside from being absolutely uneconomic. We should declare the state of emergency to avoid these things from happening. An average university student costs us around 8,000 euros per year, aside from the tuition fee the student pays for him or herself. We can’t let this economic effort made by society as a whole be wasted. We are educating professionals, great professionals, who are not re-investing in our country. I don’t want to make an economic analysis of the situation but: we are wasting money. And the solution does not lie in not educating them. Since they are well educated and able to perform a good job, I have to provide resources for them to work with, emphasising that those resources will later on result in profits.

The Origins of Political order