International Women´s Day a celebration of respect, appreciation and love towards women 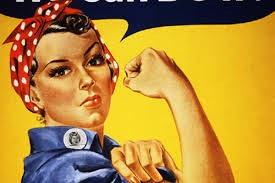 International Women’s Day has been observed since 1900’s, a time of great expansion and turbulence in the industrialized world that saw booming population growth and the rise of radical ideologies. Women demanded that they should be given the right to vote, to hold public office and against employment sex discrimination.

On May 8, 1965 International Women’s Day was declared a non-working day in the USSR. The People’s Republic of China on October 1, 1949 proclaimed on December 23 that March 8 would be made an official holiday with women in China given a half-day off. Australia issued a 100th anniversary commemorative coin on this day. The United States even designates the whole month of March as “Women’s History Month”. Now March 8 is an official holiday in many parts of the world. The International Women’s Day adopted purple and white color logo and features the symbol of Venus. The faces of women of all backgrounds, ages, and nations are also seen in various promotions, such as posters, postcards and information booklets, on International Women’s Day

In 1975, during International Women’s Year, the United Nations began celebrating International Women’s Day on March 8. Two years later, in December 1977, the General Assembly adopted a resolution proclaiming a United Nations Day for Women’s Rights and International Peace to be observed on any day of the year by Member States, in accordance with their historical and national traditions. In adopting its resolution, the General Assembly recognized the role of women in peace efforts and development and urged an end to discrimination and an increase of support for women’s full and equal participation.

International Women’s Day now is marked on March 8 every year in different regions. The focus of the celebrations ranges from general celebration of respect, appreciation and love towards women to a celebration for women’s economic, political and social achievements. On this date thousands of events are held throughout the world to inspire women and to celebrate achievements. A global web of rich and diverse local activity connects women from all around the world ranging from political rallies, business conferences, the government activities and networking events through to local women’s craft markets, theatric performances, fashion parades and more.

Many students in schools and other educational settings participate in special lessons, debates or presentations about the importance of women in society, their influence, and issues that affect them. Much progress has been made to protect and promote women’s rights in recent times. However, nowhere in the world can women claim to have all the same rights and opportunities as men, according to the UN. Women also continue to be victims of violence, with rape and domestic violence listed as significant causes of disability and death among women worldwide.