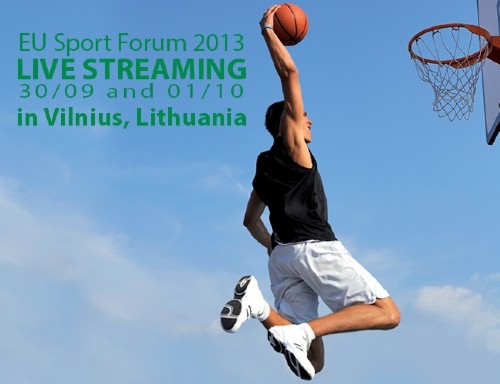 The Forum, which will be followed by an informal meeting of EU Sport Ministers, is an opportunity for the Commission to inform the sport movement about its current activities and future initiatives and to listen to their views. It brings together 320 delegates, including leading figures from the international and European Olympic Committees, European federations, sport for all organisations and organisations of leagues, clubs and athletes.

Participants will discuss topics such as the Sport Chapter of Erasmus+, the EU Work Plan for Sport 2011-14 and future priorities as well as the regulation of the transfer of players. Commissioner Vassiliou will take part in a high-level panel which will focus on dual careers for athletes.

Forum will also showcase EU-funded projects implemented during the past two years, which focus on the prevention and fight against violence and intolerance in sport and on the promotion of innovative approaches to strengthen the organisation of sport in Europe. Since 2009 the Commission has provided more than €15million in support of such projects in these and other areas.

This year the EU Sport Forum 2013 will be broadcast via Live Streaming and you will also able to see our twitter wall live on our website.