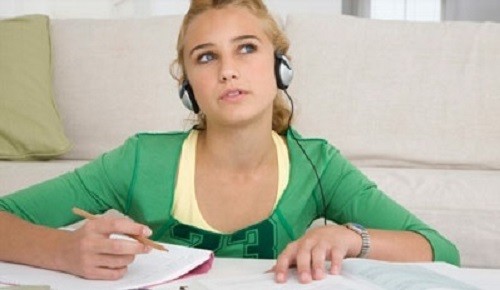 A British scientist has claimed that listening to pop music while studying has a calming effect on the mind that aids logical thought.

In an interview with the Daily Mail, British clinical psychologist Dr. Emma Gray claimed that students are more likely to perform well academically if they listen to certain types of music while they study. Her research was commissioned by music streaming service Spotify.

She said students who listen to classical music with 60 to 70 beats per minute while they study, score on average 12 per cent more in their Maths exams – the equivalent of climbing a whole grade.

Dr Gray explained the left side of the brain is used to process factual information and solve problems, which are key skills in Science, Humanities and Languages.

The research found songs like “We Can’t Stop” by Miley Cyrus or “Mirrors” by Justin Timberlake fostered logical thoughts and helped students to learn and recall new facts.

Dr Gray said, “Music has a positive effect on the mind and listening to the right type of music can actually improve studying and learning.

“Music can put you in a better frame of mind to learn, and indeed, students who listen to music can actually do better than those who don’t. daily times monitor