By Editorial
Ibercampus
Linkedin
Twitter
Facebook
Email
Imprimir
WhatsApp
Ahead of the State of the Union debate, Parliament President Antonio Tajani will answer your questions in a live Facebook chat this Tuesday, 12 September. 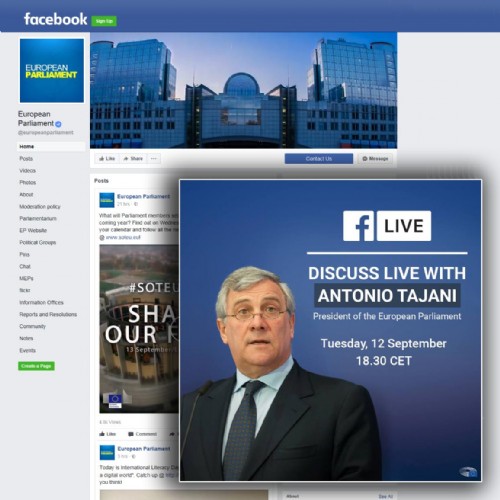 Parliament holds its annual State of the Union debate with Commission President Jean-Claude Juncker this Wednesday, a chance for your directly-elected MEPs to discuss with him the work and plans of the European Commission.

Antonio Tajani was first elected to the European Parliament in 1994. He became the European Commissioner for Transport in 2008 before taking over the industry and entrepreneurship portfolio in 2010. He was elected Parliament's First Vice-President following the European elections in 2014, and became president in January 2017.