Mark Zuckerberg: “Internet will provide access to education and jobs” 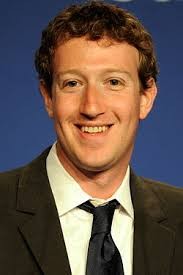 In a CNN TV exclusive interview, Facebook Founder and CEO Mark Zuckerberg explained the importance of internet.org, his new global collaborative initiative, and how it is addressing "one of the biggest problems" of his generation. The entrepreneurial mogul announced the launch of a partnership aimed at extending Internet access to five billion people in the next 10 years.

Facebook is teaming up with other founding members Ericsson, MediaTek, Nokia, Opera, Qualcomm and Samsung to connect the rest of the world that cannot afford Internet access or do not have the infrastructure, hardware or technology to support it.

The partnership with competitors has a goal of connecting the next five billion people on the Internet. Later in the interview, Cuomo asked him about his efforts to achieve comprehensive immigration reform.