By Editorial
Redacción
Linkedin
Twitter
Facebook
Email
Imprimir
WhatsApp
The President of the European Parlaiment Martin Schulz spoke at the conference "South for Development" which was held at Athens Concert Hall. He stated that southern European countries are countries full of opportunities. 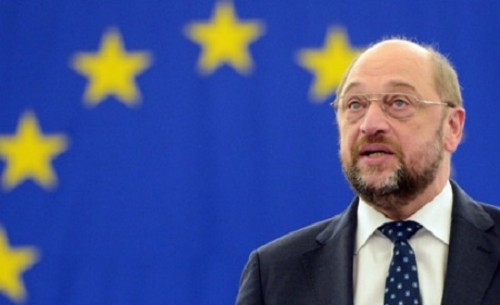 The proposal, named "Growth for the South", seeks to revitalize real economy through an ambitious plan that includes jobs for young people, a public investment increase in strategic sectors, the materialization of the Banking Union and the creation of a common space with all Mediterranean countries.

The parliamentarian insisted on the fact that the key to carry out the project bases on recovering the trust of citizens in regional institutions and in their our future and also recovering that of investors regarding countries of the south such as Greece, Spain, Cyprus, Italy, Ireland and Portugal.

The President Martin Schulz, during his speech developed four proposals for dealing with the crisis:

He expressed the view that investor confidence comes back to Europe, underlying that there was lack of confidence in Europe, but he stressed that the people of the Mediterranean are as clever as the people of northern Europe.