Megacities at high risk due to climate change, study says

By Editorial
Ibercampus
Linkedin
Twitter
Facebook
Email
Imprimir
WhatsApp
Several coastal cities of the USA and China are in danger due to sea-level rise that will take place if adaptation measures against climate change are not taken. A study led by the Basque Center for Climate Change on the 120 largest cities in the world warns of the fate that will run large cities such as New Orleans, Canton, Shanghai, Boston and New York. 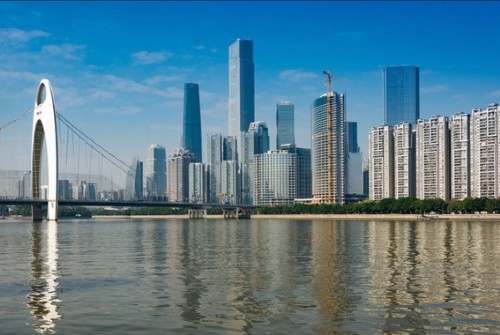 The impact of climate change is already evident and will continue to be so even if the mitigation policies against global warming are successful. For this reason, scientists need to estimate the danger that the largest coastal cities around the world will face as a result of rising sea levels.

Researchers at the Basque Center for Climate Change have analyzed the risks that will affect 120 megacities on four different continents as the century progresses. To do this, they calibrated the rise in sea level for each city and scenario, using a Brownian geometric model that generates probability distributions over time.

"There is an increasingly urgent need to invest in adaptation measures of some coastal cities in the face of future sea level rises as a consequence of climate change. This type of investment usually requires long periods of time for its realization," says Luis María Abadie, author of the study at the Basque Center for Climate Change, to Sinc.

Experts consider this investment fundamental in the context of global uncertainty that affects the planet, both because of the local effects of climate change and because of the socioeconomic development of different populations in the future.

"The risk increases rapidly over time and in some cities may reach unacceptable levels in a few decades," adds the scientist. The study also explains that if adaptation investments do not become effective soon, many areas could experience population migrations and abandonment.

Among the most affected cities for the huge losses expected are large Chinese and American coastal cities. According to calculations for 2050, the most affected in China will be the cities of Canton, Shanghai, Tianjin, Shenzhen, Zhanjiang and Xiamen. In the US, it will be New Orleans, Boston, New York, Miami and Houston, in that order. These losses are a consequence of extreme events whose impact grows due to the rise in sea level.

The study also analyzes the situation of several European cities such as Istanbul, Glasgow, Lisbon, London and Hamburg. "In Europe the risks and expected damages are significantly lower," Abadie explains.

Invest according to risk in each city

"The damages originate as a result of a rise in sea level, which is different for each city, and extreme events. To this it is added that in certain cities there is the possibility of subsidence, that is, the sinking of the land", explains the researcher.

The work offers a new method to calculate the damage and risk depending on the rise in sea level and the cost for each city. With this methodology, proposals are obtained to adapt the coastal areas and make decisions in the different possible scenarios. It can be useful, for example, to plan the expansion of a city and its new infrastructure.

"The high risk levels in some cities will reach unacceptable values for politicians and stakeholders, so investment will be necessary. But this economic effort must be made well in advance", concludes the expert.