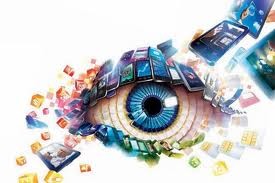 The  new application developed in Spain allows users to pay different environments like shops and restaurants, by bringing the mobile payment devices installed in shops, which operate with a system MoneyToPay issued by the Spanish bank CaixaBank.

Upon arrival at the congress of mobile communication, the 3,500 participants were given a mobile phone to test the application made ​​under the NFC (Near Field Communication).

Users were able to test the service through a virtual wallet or purse designed by Telefónica Digital. Payments were made ​​in contactless terminals installed in the fairground. In addition, the app allowed to pay in shops, malls, local markets, ATMs and 1,000 taxis in the city.

The wallet of Telefónica Digital technology allows customers to make payments with their mobile phone easily and safely.

Telefonica plans to boost payment services to mobile customers across Europe, including the launch of commercial NFC services in key markets.

Other payment companies like Master Card are implementing mobile payments in their future strategy. In Official Newspaper of Mobile World Congress MasterCard has announced an initiative that aims to pull together traditional card payments and those made via a mobile device.  The credit card giant is portraying the new service, which is called MasterPass, as “an evolution” of its previous PayPass Wallet Services, which it launched in Spring last year. MasterCard announced that two vendors, mFoundry and Verifone, are backing the new service by offering it to their customers.  The new service is currently being trialled by a number of
merchants and issuers. Consumers will soon be able to sign up through local financial institutions, starting with Australia and Canada, by the end of March. The US and the UK will follow in the Spring and Summer, respectively. MasterCard did not name the financial institutions involved. Separate to its previous PayPass Wallet initiative, MasterCard has also worked with individual mobile operators on NFC-based mobile payment, including Deutsche Telekom with which it is launching mobile payments in a number of European markets.
Linkedin
Twitter
Facebook
Email
Imprimir
WhatsApp

Youth delegates invited to the Congress of Local and Regional Authorities