By Editorial
Ibercampus
Linkedin
Twitter
Facebook
Email
Imprimir
WhatsApp
The new Commissioner for Industry and Entrepreneurship, Ferdinando Nelli Feroci, recently oversaw the signing of an agreement aimed to boost funding opportunities for SMEs. This was one of Nelli Feroci´s first tasks as new temporary Commissioner and it may be one of relatively few - his mandate is expected to last only until the end of October, when a new Commission is to be set up. 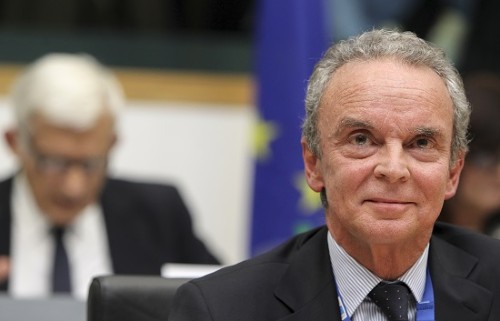 The European Parliament has approved Mr Nelli Feroci´s appointment as Commissioner during its plenary sitting of the 16th of July. His mandate is expected to last until the end of October, when a new Commission is to be set up

Nelli Feroci´s background is in diplomacy and economics. He is currently President of the Italian Society for Enterprises Abroad and chairs the Istituto Affari Internazionali (IAI), a Rome-based think tank. The new Commissioner is no stranger to Brussels however, having served as Italian ambassador to the EU from 2008-13.

One of Commissioner Nelli Feroci´s first tasks last week was to host a signing ceremony for an agreement between the Commission and the European Investment Fund (EIF) aimed to boost funding opportunities for SMEs. According to the Commission, the agreement paves the way for providing equity and debt financing for SMEs under the EU Competitiveness of Enterprises and SMEs (COSME) programme by the end of 2014.

Following the signature of the agreement, the EIF will open a call for expression of interest to which eligible financial institutions (banks, guarantee institutions, funds etc.) can apply. After a due diligence process, the EIF will select financial intermediaries which can then make the new finance available to European SMEs across all sectors.

Speaking at the signing ceremony, Commissioner Nelli Feroci, noted, ´Thanks to COSME, European SMEs will soon have access to up to EUR 25 billion in additional finance in the form of both loan guarantees and equity. This is an important part of the EU´s response to overcome the well-known difficulties SMEs face in obtaining access to credit. The signing of this agreement today shows that the European Commission is firmly committed to help EU SMEs thrive: they are the back-bone of the EU economy, and are responsible for the creation of 85 % of all new jobs.´

The Commission is confident that the EUR 1.3 billion allocated in the COSME budget for SME financing will make it possible to mobilise up to EUR 25 billion via leverage effects from financial intermediaries over the next seven years.

Pier Luigi Gilibert, Chief Executive of the EIF (co-signatory of the agreement) said, ´Through COSME, the EIF will be able to support even more SMEs across Europe over the next 7 years. Building on the successes of the Competitiveness and Innovation Programme, COSME´s predecessor, which has enabled SME financing of approximately EUR 20 billion and helped to support more than 1 million jobs, we aim to further improve the access of finance for SMEs and to contribute to growth and employment in Europe.´