By Editorial
Redacción
Linkedin
Twitter
Facebook
Email
Imprimir
WhatsApp
Apple along with other tech companies are pledging around 750 million dolars in the United States in an initiative to bring high-speed internet to schools. 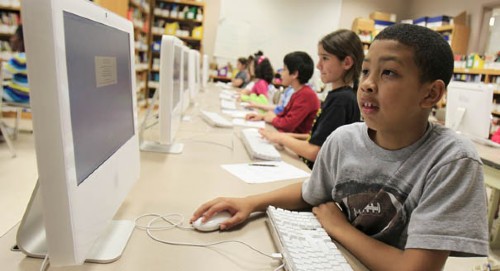 The proramme called ConnectED, was officially announced by the White House with the goal of connecting “99 percent of America’s students to the internet through high-speed broadband and high-speed wireless within 5 years.” For its part, Apple is reportedly providing around $100 million in iPads and other equipment.

During his State of the Union address, Obama said that the program was receiving support from Apple, Microsoft, Sprint, and Verizon to hook up approximately 15,000 schools and 20 million students within two years.

President Barack Obama said that he’s ready to charge ahead in making improvements to Internet access in schools. “In a country where we expect free Wi-Fi with our coffee, we should definitely demand it in our schools.”