Overwhelming Inditex in 2012 once again 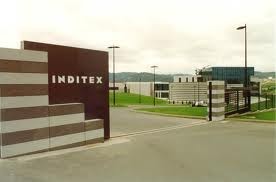 The Group created 10,802 new jobs, reaching an overall total of 120,314 employees. Investment increased to €1.4bn, with special emphasis on logistics platforms. Commercial growth was particularly apparent at the Group’s head offices in Spain: recently extended by more than 70,000sqm, they are due to open in the second quarter of 2013.

At the end of 2012, Inditex had 6,009 shops, 482 more than a year ago. It opened stores in 64 markets, including five new ones: Armenia, Bosnia-Herzegovina, Ecuador, Georgia and the Former Yugoslav Republic of Macedonia. This global expansion has occurred right across the group’s brands. Pull&Bear made its entry into Austria, Colombia and Thailand, while Massimo Dutti is now operating in the US (where it has shops in New York and Washington), Canada and Taiwan. Stradivarius has opened its first five shops in Mexico, and Zara Home has its first shop in Brazil, in the city of São Paulo. Uterqüe has two new shops in China, in Beijing and Hong Kong. Back home in Europe, the group has grown in Russia (75 new shops), and has opened more shops in Poland (38), Rumania (16), France (14), Germany (13), Turkey (11) and the Netherlands (7).

The Inditex internet sales platform continues to expand, and now reaches 23 markets. Particularly significant in 2012 was the opening of Zara’s online shop in China and, in 2013, in Canada. The autumn/winter 2013 season will mark the launch of Inditex’s online shop in the Russian Federation.