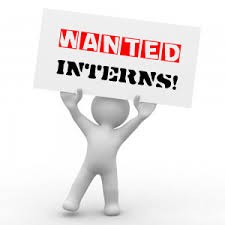 Last week, the community of young people working in Brussels as temporary trainees took action to protest against unfair internship conditions. Most of them do not get paid, or they receive reimbursement which covers only a small fraction of their expenses. The event aimed to draw attention to the fact that something, which was initially an opportunity for the youth, is now becoming a source of unpaid workforce for employers.

The 2nd of July the European Commission addressed the need for good professional training, when it launched the European Alliance for Apprenticeships. In its communication, the Commission stressed the link between good vocational education and low youth unemployment in such countries as Germany, Denmark and the Netherlands. However, it didn’t refer to the problem of unregulated, exploitative internships, which remains unsolved.

The organizers of the demonstration believe that this autumn will finally bring some change in this matter. The issue becomes more and more pressing, as young people are forced to do serial internships in order to remain competitive. If one graduate does not agree to work for free, there will be five other candidates in the queue to replace him, which leads to a rapid race to the bottom. This is why the protesters are right in saying, that this issue must be tackled at two levels. Street protests and quality standards are good tools to create informal pressure on organizations, but without appropriate legislation, the trend of increasing exploitation will never be reversed.

Joint statement on the revision of the Posting of Workers Directive