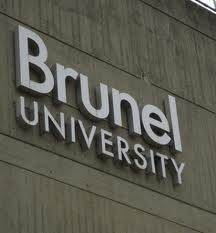 This paper examines the degree of persistence of youth unemployment (total, male and female) in twenty-four countries by using two alternative measures: the AR coefficient and the fractional differencing parameter, based on short- and long-memory processes respectively. The evidence suggests that persistence is particularly high in Japan and some EU countries such as Spain, Portugal, Ireland and Finland, where appropriate policy actions are of the essence. Specifically, active labour market policies are necessary to prevent short-term unemployment from becoming structural (long-term).

As far as the EU countries in particular are concerned, the short-memory model suggests very high persistence in all three series in the case of Finland and Ireland; male youth unemployment is found to be highly persistent in Austria, and the female one in Portugal and Spain. The evidence based on the long-memory model again indicates high persistence in the total rate in Finland and Ireland, but now the rates in Spain, Portugal and the Netherlands are also found to have this characteristic. In addition, the same group of countries has highly persistent male and female youth unemployment rates, and the latter is also rather persistent in Italy. Denmark is the EU country with the least persistent rates, according to both the short- and long-memory models; the Belgian rates also have relatively low persistence.