By Editorial
Redacción
Linkedin
Twitter
Facebook
Email
Imprimir
WhatsApp
Michael Yassa, assistant professor of psychological and brain sciences in the Krieger School of Arts and Sciences at Johns Hopkins, and his team of scientists found that caffeine has a positive effect on long-term memory in humans. 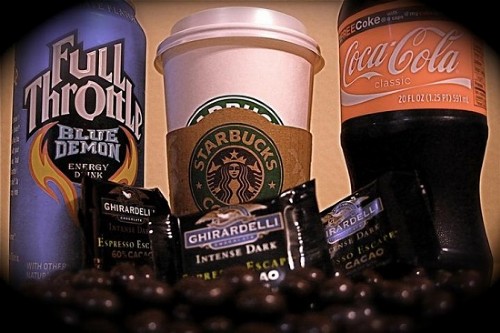 Their research, published by the journal Nature Neuroscience, shows that caffeine enhances certain memories at least up to 24 hours after it is consumed.

The Johns Hopkins researchers conducted a double-blind trial; which participants who did not regularly eat or drink caffeinated products received either a placebo or a 200-milligram caffeine tablet five minutes after studying a series of images. Salivary samples were taken from the participants before they took the tablets to measure their caffeine levels. Samples were taken again one, three and 24 hours afterwards.

The next day, both groups were tested on their ability to recognize images from the previous day´s study session. On the test, some of the visuals were the same as from the day before, some were new additions and some were similar but not the same as the items previously viewed. More members of the caffeine group were able to correctly identify the new images as "similar" to previously viewed images versus erroneously citing them as the same.

The brain´s ability to recognize the difference between two similar but not identical items, called pattern separation, reflects a deeper level of memory retention, the researchers said.

The memory center in the human brain is the hippocampus, a seahorse-shaped area in the medial temporal lobe of the brain. The hippocampus is the switchbox for all short-term and long-term memories. Most research done on memory — the effects of concussions in athletics to war-related head injuries to dementia in the aging population — are focused on this area of the brain.

The research is different from prior experiments because the subjects took the caffeine tablets only after they had viewed and attempted to memorize the images.

According to the U.S. Food and Drug Administration, 90 percent of people worldwide consume caffeine in one form or another. In the United States, 80 percent of adults consume caffeine every day. The average adult has an intake of about 200 milligrams — the same amount used in the Yassa study — or roughly one strong cup of coffee or two small cups of coffee per day.

This website uses cookies to improve your experience while you navigate through the website. Out of these, the cookies that are categorized as necessary are stored on your browser as they are essential for the working of basic functionalities of the website. We also use third-party cookies that help us analyze and understand how you use this website. These cookies will be stored in your browser only with your consent. You also have the option to opt-out of these cookies. But opting out of some of these cookies may affect your browsing experience.
Functional
Functional cookies help to perform certain functionalities like sharing the content of the website on social media platforms, collect feedbacks, and other third-party features.
Performance
Performance cookies are used to understand and analyze the key performance indexes of the website which helps in delivering a better user experience for the visitors.
Analytics
Analytical cookies are used to understand how visitors interact with the website. These cookies help provide information on metrics the number of visitors, bounce rate, traffic source, etc.
Advertisement
Advertisement cookies are used to provide visitors with relevant ads and marketing campaigns. These cookies track visitors across websites and collect information to provide customized ads.
Others
Other uncategorized cookies are those that are being analyzed and have not been classified into a category as yet.
Necessary Always Enabled
Necessary cookies are absolutely essential for the website to function properly. These cookies ensure basic functionalities and security features of the website, anonymously.
SAVE & ACCEPT
<script type="text/javascript" src="/wp-content/plugins/td-cloud-libra