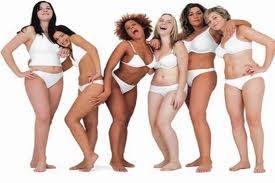 The study from Warwick Business School has found women are turned off products placed next to ‘attractive’ images of female models, but they are likely to buy the product if the images are used subtly instead.

This study in a paper entitled ‘Defensive reactions to slim female images in advertising: The moderating role of mode of exposure’ published in Organizational Behavior and Human Decision Processes could have far reaching implications for the marketing industry and how they use models and celebrities to sell their products.

According to the Daily Mail, researchers found that women are actually turned off by products when they are featured next to large-scale or close-up imagery of female models and celebrities. And this isn’t the first time research has shown that images of thin women aren’t exactly motivating. Another recent study found that women were more likely to gain weight when shown imagery of thin women.

Dr Tamara Ansons, Assistant Professor at Warwick Business School, said: “To successfully use idealised images in marketing communications, they should be presented subtly.

“We found that the way the picture of the perfectly shaped model was used was very important in determining a positive or negative effect on women’s self-perception.

“We showed that when exposure to these images of beautiful models is subtle, a sub-conscious automatic process of upward social comparison takes place leading to a negative self-perception. But that led to a more positive attitude towards the brand.

“Yet when the exposure to the idealised image of a woman is blatant, a conscious process is activated and consumers employ defensive coping strategies, ie they belittle the model or celebrity to restore a positive perception of themselves. So the product in the advert becomes associated with negative reactions.”

The women were put through various experiments including being shown magazine pages that contained different adverts, one of which was for a vodka. Some women received adverts that did not feature an attractive model, other women received adverts that had a bikini-clad model on the opposite page to a picture of the vodka – meaning they were subtly exposed to the idealised female image – and the third had the attractive model on a whole page next to the vodka – meaning they were blatantly exposed to the idealised female image.

Researchers in this study found that when women were shown advertisements in a less prominent position, shoppers responded better. If the model is more incorporated into the scene (aka not the complete center of attention), women will be more likely to have a good reaction to both the ad and the product itself.