Stress at work or at home can develop diseases 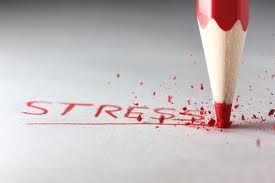 The study was conducted at the Sahlgrenska Academy at the University of Gothenburg in Sweden. The men of the study had no previous history of diabetes, heart disease or stroke. Stress levels were rated on a six-point scale indicating no stress, periodic stress or permanent stress over a 35-year period.

The researchers taking into account other diabetes risk factors such as high blood pressure, age and physical activity further confirmed the findings.

Stress can also play a significant role in the development of headaches, high blood pressure, skin conditions, asthma, arthritis, depression and anxiety. according to WebMD, 75 per cent to 90 per cent of all doctor’s office visits are stress related and 43 per cent of all adults suffer adverse health effects from stress at some time in their lives.

However, stress is a normal part of life and cannot be avoided. It is the body’s reaction to any change that requires a response. Stress can be positive as well, keeping us alert and avoiding danger.

Stress can be exacerbated and become extremely dangerous if one uses alcohol, tobacco, or drugs as a form of relief. A poor diet and lack of physical activity also take a toll on one’s body.

Over-commitments to one’s work responsibilities, dysfunctional family life, lack of time, financial pressures and difficulties in personal relationships can cause stress and disease. A person’s response to challenges varies tremendously and largely depends on his or her own personality style, family upbringing and social support structures.

The body has a built in system that is activated under any form of stress called the fight or flight response. Perceived threats activate a tiny region at the base of one’s brain called the hypothalamus. The hypothalamus communicates through nerve and hormone signals that activate the adrenal glands at the top of one’s kidneys. The adrenal glands then release hormones called adrenaline and cortisol.

The adrenaline hormone increases one’s heart rate and blood pressure. Cortisol is the primary stress hormone that increases sugars in the blood stream which in turn can cause inflammation, insulin resistance and type 2 diabetes.

Cortisol also shuts down functions that would be non-essential in the fight or flight response. An example of this can include erectile dysfunction which is a major side effect of chronic stress and uncontrolled type 2 diabetes.

The fight or flight response also alters regions of the brain that control arousal, mood, motivation and fear. This response is often cycical and causes health conditions that create further stress and additional complications.

The body’s ability to respond to stress is usually automatic and self-regulating. Hormones within the body return to normal once the stressful situation has passed. This prevents excessive stress on the heart, pancreas, brain and other vital organs involved in the stress response.

Long-term exposure to cortisol and other stress hormones can wreak havoc throughout the body. Health problems include heart disease, sleeping difficulties, digestive problems, depression, obesity, poor memory and a variety of skin conditions.

Exercise is an effective way to maximise your response to negative stress. It will lower cortisol, balance insulin and trigger hormones that improve the stress response. Exercise simply allows the body to function at a greater level thus lowering stress naturally.

Living with children may mean less sleep for women, but not for men

Kids continue to consume too much salt, putting them at risk