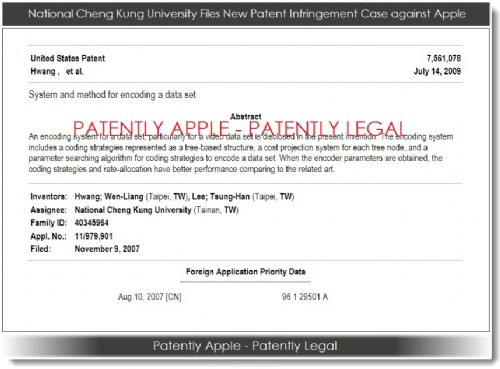 Apple has been sued by a Taiwan-based university for the second time. The company on Friday was hit with a lawsuit by the National Cheng Kung University in Taiwan related to a patent the university owns on video compression technology.

The complaint, which was filed in the U.S. District Court for the Eastern District of Texas, claims that Apple´s use of video compression technology in its FaceTime video-chatting feature, as well as QuickTime, violates the university´s patent.

Apple is certainly no stranger to patent lawsuits. The company has both launched suits against other companies or had them foisted upon its own products. So far, very little has come from any of those suits.

One in five young people lose sleep over social media