By Editorial
Redacción
Linkedin
Twitter
Facebook
Email
Imprimir
WhatsApp
Telecom firm last Tuesday urged the European Commission to reconsider a major reform package which includes a price cap on cross-border phone calls and an end to roaming fees, and to allow more consolidation in the sector. 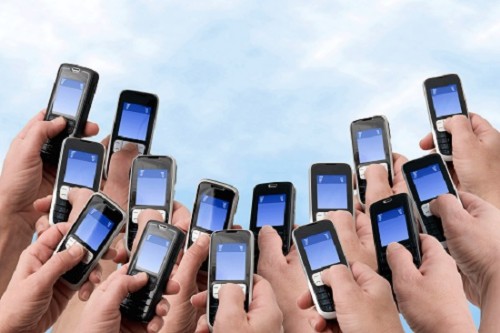 Their opposition throws up obstacles for the proposals championed by EU telecom chief Neelie Kroes which aim to spur companies to invest to help Europe catch up with the fast mobile and broadband networks in the United States and Asia.

Other elements of the reform package are industry-friendly, including cutting red tape for operators with cross-border businesses, allowing providers to charge more for carrying data-heavy services at high speeds and harmonising the sales of lucrative mobile spectrum by EU countries.

Kroes wants to push through the plan by next spring. It was proposed in September and is set to be debated at a European summit later this month.

However Stephane Richard, chief executive of France´s Orange, said the roaming and price cap plans would deprive firms of the cash needed to modernise networks, while the more industry-friendly proposals would take years to materialise.

"Let´s stop talking about the package because in my view it is going to be largely irrelevant," he said, referring to the aim of catching up with the United States and Asia.

"We need to … be a bit more entrepreneurial regarding consolidation moves," he added at an industry conference held by ETNO, the European telecommunications lobby, and the Financial Times.

Europe has fallen behind on building faster mobile and broadband networks because major telecom firms face declining sales and tough competition, prompting executives to call for consolidation to return to growth.

Their position is supported by Kroes but she does not control merger policy, which is handled by competition regulators who are concerned that reducing the number carriers could lead to higher prices for consumers.‎

Some EU member states, including Britain and France, as well as some national regulators also have concerns over the reform package because it transfers more power to Brussels.

Kroes said operators should embrace her plan despite its tough medicine on roaming, saying it would "create a predictable environment for investment for the first time in years".

"My proposals are about making the pie bigger so let´s not fight about the crumbs," she said at the conference.

Timotheus Hoettges, Deutsche Telekom´s chief financial officer, said Europe´s telecom operators needed to grow via acquisitions to have the scale to be able to invest in networks.

"We need new rules on competition and antitrust … and there should be complete deregulation in markets that are already competitive," he said, adding that such ideas were absent from the Kroes plan.

The debate comes amid a rally in the shares of European telecom stocks that are up 23 percent this year largely because of merger and acquisition fever, including major deals by Vodafone in the United States and Germany and by Telefonica in Germany and Italy.

However operators are struggling to cash in on new fourth generation mobile technology and analysts see more revenue declines ahead.

A study commissioned by ETNO sees Europe´s mobile and fixed revenues declining 2 percent annually over the next decade.