The eternal war between science and religion

By Editorial
Ibercampus
Linkedin
Twitter
Facebook
Email
Imprimir
WhatsApp
The eternal war between science and religion continues to be argued every day, but a recent piece in the Wall Street Journal by author Eric Mataxas has taken the internet by storm with one simple title: "Science Increasingly Makes the Case for God." 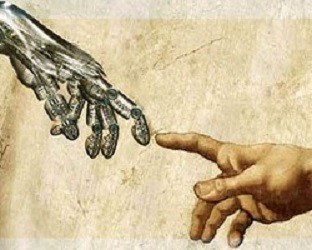 On Christmas Day, Eric Metaxas, an American author, speaker, and TV host, wrote a piece for the Wall Street Journal entitled "Science Increasingly Makes the Case for God." In it, he argues that the parameters for human life are so precise that they are indicators of God´s existence

The thought-provoking article, published on Christmas Day, walks us through the history of evolutionary theories in popular culture.

Eric Metaxas takes an in-depth look at how the world was beginning to believe at that time that there was no longer a need for God since science was becoming so advanced.

Scienctists have greatly revised those two criteria to include over 200, but this realization only goes to further prove intelligent design as opposed to the amazingly improbable chance that a life-sustaining planet would form from nothing on its own.

Among others, Metaxas cites the Oxford mathematician John Lennox, who says that, “the more we get to know about our universe, the more the hypothesis that there is a Creator . . . gains in credibility as the best explanation of why we are here.”

Metaxas offers a purportedly science-invoking analysis establishing the statistical improbability of life on this planet in this universe, then offers the core of his argument:

"Yet here we are, not only existing, but talking about existing. What can account for it? Can every one of those many parameters have been perfect by accident? At what point is it fair to admit that science suggests that we cannot be the result of random forces? Doesn´t assuming that an intelligence created these perfect conditions require far less faith than believing that a life-sustaining Earth just happened to beat the inconceivable odds to come into being?

There´s more. The fine-tuning necessary for life to exist on a planet is nothing compared with the fine-tuning required for the universe to exist at all. For example, astrophysicists now know that the values of the four fundamental forces—gravity, the electromagnetic force, and the "strong" and "weak" nuclear forces—were determined less than one millionth of a second after the big bang. Alter any one value and the universe could not exist. For instance, if the ratio between the nuclear strong force and the electromagnetic force had been off by the tiniest fraction of the tiniest fraction—by even one part in 100,000,000,000,000,000—then no stars could have ever formed at all. Feel free to gulp.

Multiply that single parameter by all the other necessary conditions, and the odds against the universe existing are so heart-stoppingly astronomical that the notion that it all "just happened" defies common sense. It would be like tossing a coin and having it come up heads 10 quintillion times in a row. Really?"

The Wall Street Journal article closes with this ringing statement: “The greatest miracle of all time, without any close seconds, is the universe. It is the miracle of all miracles, one that ineluctably points with the combined brightness of every star to something—or Someone—beyond itself.”

This website uses cookies to improve your experience while you navigate through the website. Out of these, the cookies that are categorized as necessary are stored on your browser as they are essential for the working of basic functionalities of the website. We also use third-party cookies that help us analyze and understand how you use this website. These cookies will be stored in your browser only with your consent. You also have the option to opt-out of these cookies. But opting out of some of these cookies may affect your browsing experience.
Functional
Functional cookies help to perform certain functionalities like sharing the content of the website on social media platforms, collect feedbacks, and other third-party features.
Performance
Performance cookies are used to understand and analyze the key performance indexes of the website which helps in delivering a better user experience for the visitors.
Analytics
Analytical cookies are used to understand how visitors interact with the website. These cookies help provide information on metrics the number of visitors, bounce rate, traffic source, etc.
Advertisement
Advertisement cookies are used to provide visitors with relevant ads and marketing campaigns. These cookies track visitors across websites and collect information to provide customized ads.
Others
Other uncategorized cookies are those that are being analyzed and have not been classified into a category as yet.
Necessary Always Enabled
Necessary cookies are absolutely essential for the website to function properly. These cookies ensure basic functionalities and security features of the website, anonymously.
SAVE & ACCEPT
<