ES
Linkedin
Twitter
Facebook
HomeOpinionColumnThe European Commission against interchange fees
OpinionColumnDebates
May 6, 2013
Should we save the Euro at all costs?

The European Commission against interchange fees 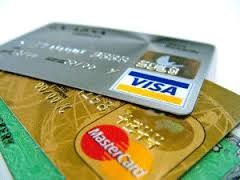 The French website Bursorama remembers us that the Eurocrats want interchange fees reduction; eventhough the Spanish experience shows that the consequences of such reduction have been negative for consumers who have directly suffered an increase in costs, bank charges and prices.The interchange fee is the charge paid between the merchants bank and the consumers bank whenthre is a card transaction.

This question about interchange regulation has already been "debated" in Spain.The European intercahnge fees reduction project is very similar to the measures adopted by the Spanish Government in 2005. Several studies show that such measures adopted to reduce interchange fees finally harmed consumers.

The card transaction system works with companies such as Visa and MasterCard. It is a system that currently works very well thanks to the market, despite the fact it is unknown by most of the card users. Unfortunately, the reduction or elimination of interchange fees is not a good measure for the portfolio of citizens who are unaware of the consequence of the regulation. If a reduction takes place, the transaction costs will no longer be supported by merchants and the consumers will be "invited" by their banks to pay the difference.

The reduction of the interchange fees was set up in Spain and the results were unsuccessful. Bank charges associated with the use of cards rose about 50%, while at the same time; merchants did not lower their prices as it was planned. Such unfulfilled promise remembers us the French VAT reduction for restaurants. The VAT reduction was supposed to lead to a decrease in prices for consumers.

Not only the Spanish experience but also Australian and U.S. demonstrate that interchange fee reduction is negative, however, the European Commission, looking to achieve and uphold its habit to harmonize the market, now wants to regulate them.

However, the interchange fees issue is just one example that shows us that we need to feed the debate whether to save the euro at all costs. The underlying problem of all of this is that a blind ideology leads to the impoverishment of the people.