The Facebook Effect: The Inside Story of the Company That Is Connecting the World 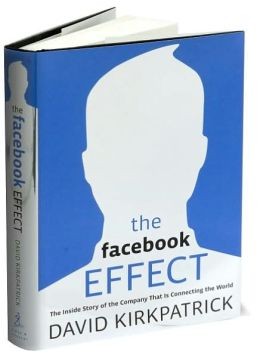 Veteran technology reporter David Kirkpatrick had the full cooperation of Facebook’s key executives in researching this fascinating history of the company and its impact on our lives. Kirkpatrick tells us how Facebook was created, why it has flourished, and where it is going next. He chronicles its successes and missteps, and gives readers the most complete assessment anywhere of founder and CEO Mark Zuckerberg, the central figure in the company’s remarkable ascent. This is the Facebook story that can be found nowhere else.

How did a nineteen-year-old Harvard student create a company that has transformed the Internet and how did he grow it to its current enormous size? Kirkpatrick shows how Zuckerberg steadfastly refused to compromise his vision, insistently focusing on growth over profits and preaching that Facebook must dominate (his word) communication on the Internet. In the process, he and a small group of key executives have created a company that has changed social life in the United States and elsewhere, a company that has become a ubiquitous presence in marketing, altering politics, business, and even our sense of our own identity. This is the Facebook Effect.

AT&T CEO: Congress should regulate encryption policy and not companies

David Bowie is given his own constellation