The weather affects the quality of the sperms 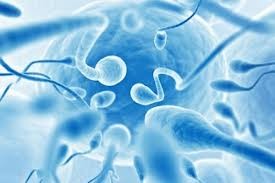 The physical structure of the sperm cells was also the healthiest in the winter months, according to the study, which tested 6,455 semen samples over the course of three years.

"This study was aimed to explore the possibility that changing weather is somehow related to the quality of sperm, a phenomenon well known from the animal world,” study leader Eliahu Levitas said in an email.

Warm weather is bad for sperm. “It makes sense that we might see seasonal differences in sperm production, because we know that when the testicles get too hot they work less efficiently,” said Allan Pacey, senior lecturer in andrology—the study of male reproduction—at the University of Sheffield in the U.K., who was not involved in the new study.

The researchers cross-referenced their findings with five years of data of the birth registry at Israel’s Soroka University Medical Center. They found that birth rates were highest in the fall, which reflects increased conception rates in the previous winter.

Temperature, length of daylight exposure, and hormone variation would be the main reasons linked to these seasonal changes of sperm production. This might also be related to sedentary lifestyles or environmental contamination. This discovery may explain the customary peak number of deliveries during the fall and help manage infertility problems.