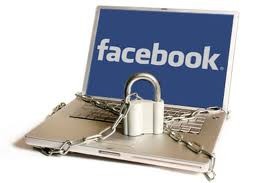 Carnegie Mellon examined the Facebook habits of 5,076 users between 2005 and 2011, studying how their sharing habits changed over time. The study was authored by CMU Associate Professor of Information Technology and Public Policy Alessandro Acquisti, along with university researchers Ralph Gross and Fred Stutzman.

In 2005, when Facebook was still largely in its infancy and was only available to select universities, users were more likely to make public information such as their high school, birth date, hometown, political affiliation, and whether they were looking for any kind of relationship. However, as Facebook rolled out to more colleges and eventually opened up to everyone, users became aware about what is public.

The study is the first longitudinal study to document how privacy and disclosure evolve on social network sites over an extended period of time. Researchers found that from 2005-2009, Facebook users displayed more privacy-seeking behavior, progressively decreasing the amount of personal data shared with the public.

This trend abruptly reversed between 2009 and 2010, when changes implemented by Facebook, such as modifications to its user interface and default settings, led to a significant increase in the public sharing of various types of personal information. The study also found that, over time, the amount and scope of personal information that Facebook users revealed to their Facebook "friends" actually increased. As a result, users ended up increasing their personal disclosures to other entities on the network, sometimes unknowingly, including to "silent listeners" such as Facebook itself, third-party apps and advertisers.