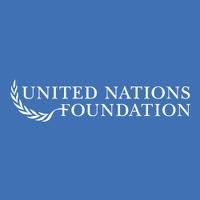 Millennium Development Goal 2 set a target of achieving universal primary education by 2015. What progress has been made and what are the main reasons for this?

Gregory Dubois: The picture is nuanced. On the positive side, there have never been as many children in primary school as there are today. Globally, the out-of-school population has declined by almost 50 percent since 2000. In 1999, there were more than 100 million out-of-school children, and according to the latest figures, this has declined to 57 million children [of primary school age].

Countries that were lagging further behind at the beginning of the century have made huge advances, and gender parity in primary education has also improved substantially.

The reasons for these improvements: There has been strong political leadership. The adoption of the Millennium Development Goals has been instrumental in convening the international community and making a big push for education.

Also, there has been increased financial support. For example, more and more countries have met international benchmarks for domestic education financing over the past 13 years. And there have been bold financial policies to facilitate access to education. For instance, the abolition of school fees in several countries has helped increase enrollment in primary education.

What challenges remain in getting out-of-school children into the classroom?

There has been lots of progress, but huge challenges remain. 2000-2005 was a period of very fast growth. However, since 2005, the pace of progress has been slowing down. From 2008-2011, the number of out-of-school children declined by only 3 million, from 60 million to 57 million. This is not enough to meet the Millennium Development Goal on education.

Among the key challenges we face are strong inequalities within countries. Children from poor families or children who live in rural areas, for example, are much more likely to not be in school.

The goal of universal primary education is not only about entering school; it’s about completing a full primary education cycle. According toUNESCO’s  estimates, one out of every four children starting primary school never reach the last grade of primary education. Once we put children in school, we also need further investments in teachers, school facilities, learning materials, and all other components of quality education.

A worrying trend is that international support for education is waning. For the first time in a decade, aid for basic education has decreased. This is very bad news at a time when greater acceleration of efforts is needed.

How can the international community address these challenges?

There are lots of things that can be done. First is the need to put education back on top of the political and development agenda on all levels. As I said earlier, there has been less attention on education over the past few years and progress has been slowing since 2005.

The second thing to be done is a stronger focus on inequality in education – not only in access, but in the quality of learning.

We also need to tap into the opportunities of new technologies to spur innovation in teaching and learning. New technologies can bring cost-effective solutions to reach disadvantaged population groups, such as nomad populations or children with disabilities for example.

Also important is national legislation for compulsory education, as well as for the protection of children and school facilities, notably in conflict-affected and emergency situations.

In many places, girls face bigger barriers to getting to school than boys. Is this changing?

Girls definitely face greater barriers than boys. The story of Malala reminds us that in many places, girls are more marginalized and vulnerable than boys.

These barriers are diverse. Poverty is a major barrier. Child labor is another one. Poor families may be reluctant to send girls to school or may be more inclined to send the brother because they prefer the girl to help with domestic work.

Other barriers include early marriage and sexual bias and harassment outside and inside the school. Distance can also be a major factor; girls may be worried to travel long distances to go to school.

Gender parity and access to primary education have nevertheless improved substantially. It’s one of the great success stories since 2000.

However, as of today, 68 countries with data still have not achieved gender parity in primary education. Disparities are even greater at the secondary level. While these disparities at secondary level are more often at the expense of girls, they can also be at the expense of boys, for example in several countries in Latin America and the Caribbean.

Last September, on the margins of the UN General Assembly, Secretary-General Ban Ki-moon launched the Global Education First Initiative. Can you tell us about it?

The purpose of the initiative is to build stronger momentum for the achievement of the international education target by 2015. There are three priority areas: 1) to put every child in school; 2) to improve the quality of learning; and 3) to foster global citizenship.

Under the leadership of the Secretary-General, the initiative is galvanizing much stronger political and financial support for education and bringing together a huge coalition of partners. As of today, 10 heads of state and government have joined a group of champion countries in the initiative.

The Secretary-General is working very closely with Gordon Brown, his Special Envoy for Global Education, as well as UNESCO, UNICEF, and other UN agencies and partners to make the most of the initiative. In addition, the initiative has mobilized commitments from the business community and civil society organizations. We hope that more will follow suit, and we are aiming for different activities in the coming months.