What and how adolescents should eat? 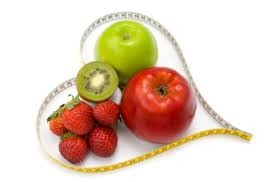 Getting to the root of the problem, the EU-funded project HELENA (´Healthy lifestyle in Europe by nutrition in adolescence´) investigated what young adults are eating across the continent, as well as their attitudes to food.

The team identified what it takes to promote healthy eating among adolescents and proposed new approaches for achieving this noble goal.

Adolescence is an important period in terms of lifestyle choices. Parents make most food decisions until youngsters approach their teenage years. Then, youngsters gain access to pocket money and school canteens. And old habits die hard – some 80 percent of obese adolescents are likely to remain so in adulthood.

It may not be a surprise to hear that snacking was a major problem across all countries studied, while general attitudes such as ´healthy food tastes bad´ or ´healthy food doesn´t fill you up´ were also documented.

Allowing consumers to lead the way, the project developed new food products, such as a low-fat hamburger, boasting beneficial nutritional characteristics that appeal to adolescents. Overall the new foods were well received by the target group and helped shed light on how to improve diets for people aged 12-18.

The team also tested healthy alternative diets on adolescents. One led to a significant reduction in the desire to eat and an increased the sensation of fullness.

Schools, health services, hospitals, non-governmental organisations (NGOs), supermarkets and sports clubs be interested in two innovative web-based tools developed within the project – a ´food-o-meter ´ and an ´activ-o-meter ´. Each is able to provide individually tailored advice on eating habits and physical activity for adolescents.

Altogether, the project has provided a useful set of tools and data for use by any organisation or body active in the health sector. It has also provided the first multi-country overview of European teenagers ´ attitudes to food and health.

HELENA brought together a pan-European team from Austria, Belgium, France, Germany, Greece, Hungary, Italy, Spain, Sweden and the UK between 2005 and 2008. It received almost EUR 5 million in EU funding was coordinated by the University of Zaragoza in Spain.

The HELENA proposal includes cross-sectional, crossover and pilot community intervention multi-centre studies, as an integrated approach to the above-mentioned problem. The following aspects will provide the full information about the nutritional status of the European adolescents: