What is Europe doing to boost economy?

By Editorial
Ibercampus
Linkedin
Twitter
Facebook
Email
Imprimir
WhatsApp
Following the economic crisis, the European Parliament has been working hard to encourage investment and growth and rebuild confidence in the banking and financial system. MEPs have adopted new regulations on banks, supported a plan to boost investment in Europe´s economy, strengthened economic policy coordination in the EU and proposed ways to tackle tax evasion. 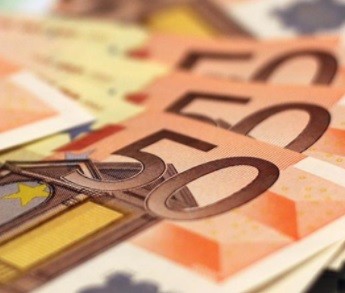 As the European Commission is publishing on 31 May a reflection paper looking into possible scenarios for the future of the economic and monetary union, find out what Parliament has already done and what additional steps MEPs are calling for.

The 2008 financial crisis exposed the weaknesses of banks and public finances in Europe. Many governments had run budget deficits even in the booming years before, but things went from bad to worse when tax revenue started to shrink and banks turned out to need public funding to stay afloat.

To ensure better oversight of banks, reduce the costs for the taxpayers and the economy,  MEPs adopted legislation that made the European Central Bank directly responsible for the supervision of more than 100 of the largest banks in the euro zone. Another important concern was that small depositors holding up to €100,000 should have their deposits guaranteed and taxpayers should be the last in line to foot the bill for bank failures. With this in mind, the EU established a common authority, known as Single Resolution Board, to deal efficiently with potential bank failures.

Parliament also strengthened capital requirements for banks to make them set aside sufficient capital in order to limit the impact of future shocks similar to those in the past. Further amendments to the rules are now being considered.

The European Union also took measures to ensure a better coordination of economic and fiscal policies across the EU, as lack of alignment meant that some countries were facing financial instability and had to borrow money at higher interest rates. This led to the launch of the European Semester, an annual cycle that sees the European Commission come up with policy recommendations for each EU country that are then adopted by the governments in the Council and implemented at the national level. Parliament was actively involved in preparing the required legislative packages, known as six-pack and two-pack.

Tax evasion has also been identified as a key concern by the Parliament, as it means EU countries have less money to invest in public services. Parliament has established several committees investigating the matter and coming up with proposals to close loopholes helping companies and individuals avoid paying their fair share.

Bank troubles and large budget deficits meant that for some time there was little funding available, either publicly or privately, to kick-start economic growth. For this reason, the EU launched in 2015 an ambitious three-year investment plan that sought to use EU guarantees in order to mobilise €315 billion worth of public and private investment and channel them towards projects that otherwise might not have happened.

The plan has so far worked relatively well and MEPs are due to vote in June on extending the European Fund for Strategic Investments (EFSI) with the aim of increasing investment in the European economy to €500 billion by the end of 2020. Innovative small and medium-sized should be among the key beneficiaries of the extended plan.

Europe investing its way out of recession

MEPs have been pushing for deep reforms in the economic and monetary area. In a report adopted in February, they argued for a specific budget for the euro zone. This should help countries deal with economic shocks and help them to adapt their economies to new challenges. The report also called for strengthening the role of the European Parliament and national parliaments in the European Semester and increase the accountability in economic decision-making.

Jobs and growth remain at the heart of Parliament’s agenda.

One of the main priorities for Parliament is the establishment of a single digital market by removing barriers to e-trade, doing away with roaming and geo-blocking and harmonising copyright rules across the EU. This should provide a strong impetus for Europe’s digital economy.

At the same time, Parliament is working to reinforce social and labour rights in the EU. A recent report, written by Portuguese S&D member Maria João Rodrigues, proposed concrete initiatives on ensuring decent working conditions in all forms of employment and striking a proper work-life balance.

The Commission is publishing five reflection papers until the end of June as a starting point for a debate on the future of European integration. Each paper is dedicated to a specific theme: Europe’s social dimension, globalisation, the economic and monetary union, defence and finances. The papers contain ideas and scenarios for what Europe could be like in 2025, but no specific proposals. The initiative finishes in mid-September when Commission President Jean-Claude Juncker delivers his annual state of the union address.

This website uses cookies to improve your experience while you navigate through the website. Out of these, the cookies that are categorized as necessary are stored on your browser as they are essential for the working of basic functionalities of the website. We also use third-party cookies that help us analyze and understand how you use this website. These cookies will be stored in your browser only with your consent. You also have the option to opt-out of these cookies. But opting out of some of these cookies may affect your browsing experience.
Functional
Functional cookies help to perform certain functionalities like sharing the content of the website on social media platforms, collect feedbacks, and other third-party features.
Performance
Performance cookies are used to understand and analyze the key performance indexes of the website which helps in delivering a better user experience for the visitors.
Analytics
Analytical cookies are used to understand how visitors interact with the website. These cookies help provide information on metrics the number of visitors, bounce rate, traffic source, etc.
Advertisement
Advertisement cookies are used to provide visitors with relevant ads and marketing campaigns. These cookies track visitors across websites and collect information to provide customized ads.
Others
Other uncategorized cookies are those that are being analyzed and have not been classified into a category as yet.
Necessary Always Enabled
Necessary cookies are absolutely essential for the website to function properly. These cookies ensure basic functionalities and security features of the website, anonymously.
<div class="cli