Why babies cry, why babies laugh? 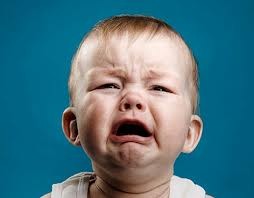 Researchers focus a lot of attention on the youngest among us. Through different studies, attempts have been made to understand just how infants communicate and what their motivations are for offering up their cryptic little messages.

The cognitive development of infants – and the challenge of understanding it – stems to the fact infants are endowed with only a very limited ability to communicate. For the youngest infants, their communication abilities might best be described as employing only a binary subset of language skills. They smile when they are happy, and they cry when they are displeased. In between these two polar opposites is an untapped trove of communication options.

In that study, a research team led Dr. Caspar Addyman of Birbeck University of London studied the laughter of hundreds of babies.  Addyman explained that his goal was to gain a “social and cognitive perspective” on infant laughter and to understand how it changes as they mature. Addyman pointed out at the time: “Much work is undertaken on infants’ social and emotional development but up until now laughter has been strangely neglected, with most studies focusing on moments of stress and confusion.”

Researchers tend to train their focus on the more caustic forms of communication coming from infants. However,hat doesn’t mean there isn’t much to learn from understanding the motivations behind crying, .

A new collaborative study out of Spain led by Mariano Chóliz Montañés of the University of Valencia, along with colleagues from the University of Murcia and the National University of Distance Education (UNED), is looking into the adult caregivers’ accuracy in recognizing the emotions that cause a baby to cry. The Spanish researchers have studied adults´ accuracy in the recognition of the emotion causing babies to cry. Eye movement and the dynamic of the cry play a key role in recognition.

The team sampled 20 infants ages 3 to 18 months in the hopes they might be able to describe the different crying patterns of the infant subjects. Their findings allowed them to zero in on three characteristic emotions: fear, anger and pain.

It is not easy to know why a newborn cries, especially amongst first-time parents. Although the main reasons are hunger, pain, anger and fear, adults cannot easily recognise which emotion is the cause of the tears.

"Crying is a baby´s principal means of communicating its negative emotions and in the majority of cases the only way they have to express them," as explained to SINC by Mariano Chóliz, researcher at the University of Valencia.

For the first-time parent, one of the more frustrating things to encounter is a crying baby who is unable to tell you exactly why they are crying. The primary reasons why most infants offer up a sob are hunger, pain, anger and fear. However, adults are not usually able to easily recognize which of the above is the cause for the tears.

The research team also made a priority of observing the adult caregiver and their accuracy in recognizing the emotion responsible for making the baby cry. This was achieved by analyzing the affective reaction of the caregiver just before the crying commenced.

The team published their findings in The Spanish Journal of Psychology. In their report, they state the main differences between an infant’s motivations for crying are distinguishable by studying their eye activity as well as the dynamic of the cry.

“When babies cry because of anger or fear, they keep their eyes open but keep them closed when crying in pain,” explain the authors.

Among the caregivers being observed, the team noted that adults often had difficulty in properly identifying – especially in cases of anger or fear – which emotion was responsible for the outburst.

Chóliz points out: “Although the observers cannot recognize the cause properly, when babies cry because they are in pain, this causes a more intense affective reaction than when they cry because of anger or fear.”

This seemed an important point for the research team. They claim the fact that pain is the most easily recognizable emotion and can have an adaptive explanation. This is because an infant’s cry is meant to be a warning of a potentially serious threat to both their health and survival. As such, it typically requires the caregiver to respond with some urgency.

Chóliz and colleagues were able to observe various facial cues that are associated with different emotions that lead to crying in infants. When an infant cries, the facial muscles typically contract, presenting an increase in tension in the forehead, eyebrows and lips. Infants also tend to open their mouths and raise their cheeks. This study was able to observe different patterns of facial muscle activity associated with each of the three negative emotions they were focused on.

According to Chóliz, anger led infants to keep their eyes half-closed. The stare of the infants through their half-opened eyes may fix in no apparent direction, or they may stare intently at one point in the distance. Angry infants also tended to keep their mouths fully open or half-open. Moreover, the cry associated with anger gradually increases in intensity until the caregiver attempts to mollify the child.

Fear, on the other hand, finds the infants leaving their eyes open wide for almost the entire episode. The gaze from the infant is often characterized by an intense, penetrating look. This is commonly paired with a backward movement of their head as well. After only a gradual increase in tension associated with fear, the cry of the child is emitted in an explosive fashion.

By contrast, when infants are in pain, they usually keep their eyes tightly closed. If a baby in pain does open its eyes, it is typically only for a few moments and in that time a distant look is held. During a response to pain, infants maintain a high level of muscle tension around their eyes, and the forehead remains furrowed. The cry associated with pain usually begins at the highest intensity, commencing suddenly and immediately after the pain stimulus is recognized.

This latest research out of Spain could be the first step in helping both first-time parent as well as adults employed in the field of infant caregiving to recognize the specific emotions behind an infant’s cry. Understanding the motivating emotion can be a valuable insight for a parent or caregiver that allows them to accurately address the root of the problem and thereby quickly alleviate the distress of both baby and the caregiver.

Babies have logical reasoning before age one, study finds

The viability of premature babies is minimal at 22 weeks´ gestation