Why Everyone Owes Everyone and No One Can Pay 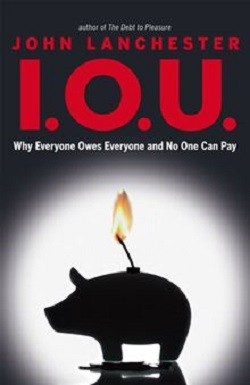 Lanchester is a British journalist and Whitbread-winning novelist (“The Debt to Pleasure”) who began researching the finance industry a couple of years ago as background for a novel.

Mr. Lanchester claims that the "ideological hegemony" of capitalism after the fall of the Soviet Union became a source of weakness. There was simply too little skepticism about dubious financial practices. Politicians everywhere now lead the jeering mob against the wretched "banksters," but during the boom years politicians were fellow travelers. In the U.S., legislators pushed the mortgage behemoths Fannie Mae and Freddie Mac into subprime lending because increasing homeownership among the poor was seen as politically desirable.